Can beauty save the world? 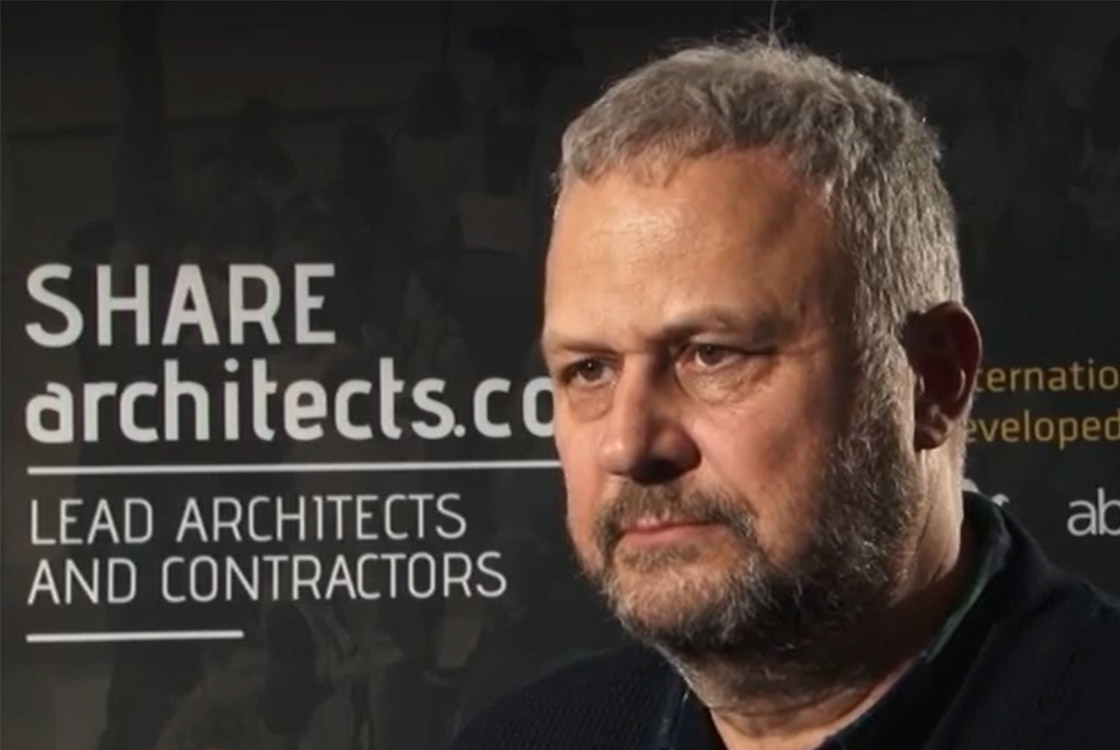 What is the power of architecture to change the world. How can we increase this power to be much more efficient? How does the future of architecture looks like? arch. Ivan Rašković, professor at the Faculty of Architecture in Belgrade has answered these questions in an interview for share-architects.com.

Interviewer: Who are you as an architect and how do you define yourself by what you do?

Ivan Raskovic: Well, I hope I am. I intend to be a multitasking architect. That’s what I have chosen to deal with general practice, to be designer, to be a professor, commissioner at Biennale of Architecture, to join such events. I’m very satisfied with it. Of course, we’ve had bad and good sides. Sometimes I can’t do everything on the level that I would like to. On the other side, my professional life for myself is very interesting. I’m trying, although it sounds may be ridiculous to do everything within the profession.

Interviewer: Can you share your best work experience or a project with which you left the biggest impact or transformed an environment or a society?

Ivan: Well, I can remember a very old, actually 20-years-old competition that we as young architects won within Serbia. It was competition for housing inspired by folklore. The main discovery that we have had it was Serbian competition. I know a lot of people would be angry on me after this, but there is no actually Serbia house, there is a Balkan house. This what we have discovered. Balkan house on the hills, Balkan house near the river, Balkan house in the plains, et cetera, et cetera. We won the competition. It stayed as a concept. No one of them built ever, but the impact within young architects and within professional public is still existent in a way.

I think that’s something I’m proud of that so many colleagues and general people, general public had only good words and thought that that was one of the best things done within competitions in 50 years. There is a book published about that and other works that have prices. There were several prices. I think that the biggest impact is something that we have as a team done properly good.

Interviewer: What is the power of architecture to change the world. How can we increase this power to be much more efficient?

Ivan: Well, I do think that architecture and arts, a theater, film, whatever cannot change the world. It is actually a sort of prejudice. Can beauty save the world? No, it can’t save the world. Beauty and art, art and architecture could put important questions, could be a warning or path to the solution, sort of something that we envelope of our lives. It can’t solve problems, but it can direct to the solution.

Interviewer: How do you see the evolution of public interest in the future architecture?

Ivan: There will be another maybe. I’m thinking about another sort of prejudice. The public interest, as far as I’m concerned, as far as I think, as far as my experience reaches, is that public interest has always been the same throughout history, with slight differences. There are periods where people have been more interested in their public lives or public interest, and even some periods where it was less. I think it was always much more the same. Let’s put it something just like that that perhaps 10%, 15%, most 20% of people are interested in their city, in the problems of their city, not more.

We as architects, as a sort of professional elite, think that there is a sort of method, wonderful item or instrument that could motivate people to rush to our meetings with the intention to give their support to problem-solving, but that’s not the case. It has always been the same, which doesn’t mean that we shouldn’t motivate people to join us discussions and to propose things. It doesn’t matter whether they’re general public or non-professionals. I think it’s always more or less the same.

You should gain that number, gain, and leave the prejudice that all of the people, all of the citizens should join us in solving problems from two reasons. They are non-professionals, so they do not understand urban problems. If they force people to discuss solutions, you actually get non-mature children like proposals. Everyone would like the cities to be all green, no garage, no traffic, only cultural centers. You actually are given a senseless proposal. They are non-professionals. Tiny, tiny number of them are interested in our problems, but we should gain that.

Interviewer: How does the future of architecture looks like to you in this era of climate change when the main topic is virtual reality?

Ivan: These are important issues. Every generation think about their own time as a specific one. This is too arrogant, but climate changes are not fairy tale. Unfortunately, they’re reality. Digital technology is changing old concept of the architecture, this is also reality. These two aspects, among the others, but these two most important or most visible aspects, or change of this era epoch, are putting us in a position of, let’s say, beginnings of industrial revolution, or beginnings of Christianity in Europe, or Roman Empire conquest of west, et cetera, et cetera. I do think so.

Architecture could help, does help. It can’t change things but could be very, very helpful in solving problems.

Interviewer: What is your message to young people wishing to become architects?

Ivan: In the first place, be honest to yourself. First, see what do you want from life. Secondly, detect what talents do you have. Maybe you will be more- your talents are directing you to law practice, being pilot, or agricultural engineer, or ballet player or tradesman. If you find the talent for architecture, which is very complicated to find it, but not impossible, enter faculty and work hard.

Interviewer: Thank you very much.

Ivan: Your wishes will fulfill.